I am wondering if Cisco’s ACI Software Defined Networking (SDN) solution is vaporware. We will start by looking at the traits of vaporware, which include: 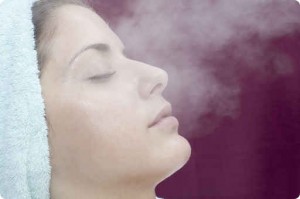 VMware’s purchase of Nicira seems to be the catalyst for Cisco’s stepped up campaign against “software only” network virtualization, a form of SDN. Prior to the VMware’s purchase of Nicira, Cisco had been dismissive of the technology in general. In the past, Cisco has said that SDN was not a feature that customers desired. According to Cisco’s earlier comments, customers did not want network virtualization per say but the ability that it brought. To Cisco, the goal was not abstraction of the control or data plane but the ability to control the network via API’s. By putting this capability in the hardware platform instead of abstracting it via software customers could reap the benefits of SDN such as orchestration without giving up performance.

The announced ACI product has these stated traits. It is but labeled a hardware & software solution opposed to a “software only” solution. By leveraging ASIC’s, Cisco promises to provide the performance comparable to traditional networks while delivering on the operational promises of SDN. Here’s the list of components that make of Cisco ACI architecture according to Cisco’s product page.

Of this list of components, only the Nexus 9000 Series Switches are available for purchase. It raises a red flag when a vendor has non-specific references such as “Software and hardware innovations” and “An open ecosystem of network, storage, management, and orchestration vendors.” To Cisco’s credit they did release an impressive list of hardware and software partners supporting ACI. Their partners and customers rave about how the idea of ACI is fantastic but no testimonials on what they’ve seen in beta or demos. Start to peel the layers back and ask what’s really fully baked, ready for enterprise scale versus what’s still just on the whiteboard.

The Nexus 9000 seems like a fine enough product for physical port connectivity and is a starting point for supporting the ACI approach. However, the APIC is the central part to Cisco’s ACI architecture. Without the controller, the Nexus 9000 is not very compelling if one believes in Cisco’s hardware centric approach to SDN. So, it’s with their APIC that we are waiting to see some hard data on in the form of customer betas and release dates.

Slipping, timelines are another red flag of vaporware. When Cisco announced ACI and the acquisition of their Insieme “Spin-In”, the original release date for APIC was April of 2014 according to most posts. However, I searched Cisco’s site for “APIC release” date and looked at the product page, and the only reference I could find for the release date is the first half of 2014. This gives some flexibility on the release date up to June, a potential two month slip in the initial release date.

So, let’s review. We have a product that seems to be a result of competitive pressure in ACI, we have a critical component that has an undefined release date and, we have no customer or partner testimonies discussing the beta program with early prototypes in hand. I might be missing something, but it is winter in Chicago and my sinuses are starting to clear up looking at this product.

Don’t get me wrong. I think Cisco’s ACI approach is a great idea, but building today’s infrastructure on tomorrow’s products is a pretty tall order. I’d love to hear your thoughts. Is Cisco’s ACI solution just a yet to be released product or vaporware intended to delay customers from jumping to existing SDN products?

21 thoughts on “Is Cisco’s ACI vaporware?”